RudyBooks
Published by Lenda Rudy Massamba in Education · 24 September 2019
Tags: Africa, Proverb, Development
A village represents a place of dwelling. And such a place is normally valued, including the people living in it. Why would it be a problem to show the way to his village with the left hand? Actually, the left hand may symbolize lack of respect. Why? Because the majority of human beings are righties. Consequently even the lefties have no choice but to shake hands with their right hand.
We like it or not, it is this norm which is guiding most cultures and civilizations on planet earth. Due to this norm, we tend to see things from the perspective of the majority which is that of the righties. As a result, it is considered “abnormal” to show the way to his village with the left hand; thus giving preeminence to the right hand.
Development-wise, this proverb is urging Africans to believe in themselves. In other words, it is a call to trust all the talents in the African village who can help Africa move forward. Indeed, African leaders should not, for instance, keep on trusting and valuing foreign expertise more than local expertise. It is a sign of mere disrespect to only trust foreigners, while the local African expertise is also capable of achieving great results from a development point of view. Without rejecting any help from developed countries, Africa must reinvent herself.
This is why, the right hand representing the majority of African people should be valued more than the left hand representing foreigners. It is simply a sign of inferiority complex, for an African leader, to think that development and innovation are the appanage of talents from the developed world. This is why decolonizing Africans from a mental point of view is one of the hardest tasks for the next 50 years to come on the African continent. It is only when this task is being implemented that people will be able to see the positive correlation between Africa’s true development and the fact that the African elite will be less and less under the mental domination of the Western World, especially! 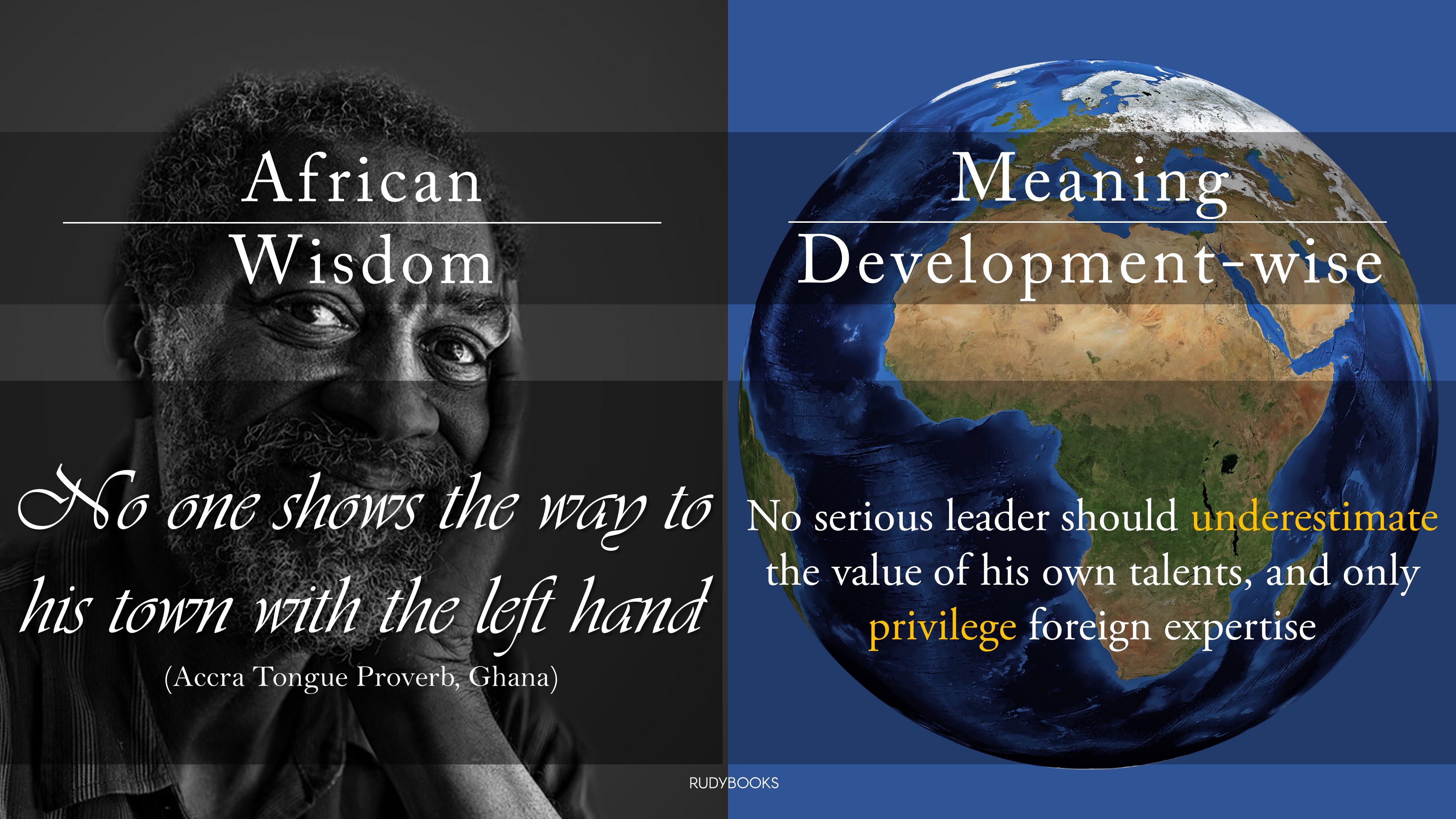