RudyBooks
Published by Lenda Rudy Massamba in Education · 12 November 2019
Tags: Africa, development, expertise, industrialization
If someone tries to help you and you notice that his advice is actually leading you nowhere, you should then think twice before asking for his help again. This is because his advice could be compared to a dead body. And it appears that nothing good comes out of a dead entity.
The African continent has many friends who are trying to help her move forward. This why there are several foreign experts with good intentions, apparently, who want to bring their share to Africa's development. However, the truth seems to point to a contradictory reality. Indeed, it appears that the more Africa listens to her friends (old and new), the more her friends are prospering; but not Africa. It is as if the nations that send experts to Africa, to help her out, actually help themselves more than they help Africans move forward.
The question is then why would a fly hover around a dead body? In other words, does it make sense to keep on making the same mistakes, as a continent? Why should Africa’s development strategies be drafted and imposed on her by international institutions or donor countries? Does it mean that there are no African strategists capable of drafting sound development plans for the entire continent? When we see that several Africans are still convinced that the truth is in the hands of powerful international institutions with their experts flocking into Africa, while the expected results contradict African populations’ expectations, then the question would be: until when?
Before accusing foreigners of looting Africa's resources, it would be reasonable that Africans accept to bear their share of responsibility regarding this situation. Africans cannot ask for development and keep on relying on plans that do not make sense. And these plans or programs are not adequate for Africa because African experts were not the architects of those plans.
Africans are no longer kids who need to be taught and told what they have to do. There is a generation of African intellectuals and thinkers well versed in so many disciplines who are willing to help in this regard; provided African rulers stop having faith only in foreign expertise and start to actually trust the local expertise. This is because only Africans will be willing to develop their continent wholeheartedly. Otherwise, how come the billions of dollars that the "international community" has poured into Africa have not contributed to Africa's development and industrialization?
African rulers must no longer act like flies hovering a dead body (due to bad advice), but like human beings willing to truly develop their continent. And to succeed, these rulers need to surround themselves with African experts who have already broken the mental chains of colonization. Although foreign help must not be rejected, it must be thoroughly scrutinized and challenged, its contours modified according to Africa’s true development needs, among others. Africans must be the ones saying and elaborating what they want because foreign experts cannot know better than Africans themselves what the issues are development and industrialization-wise in Africa! 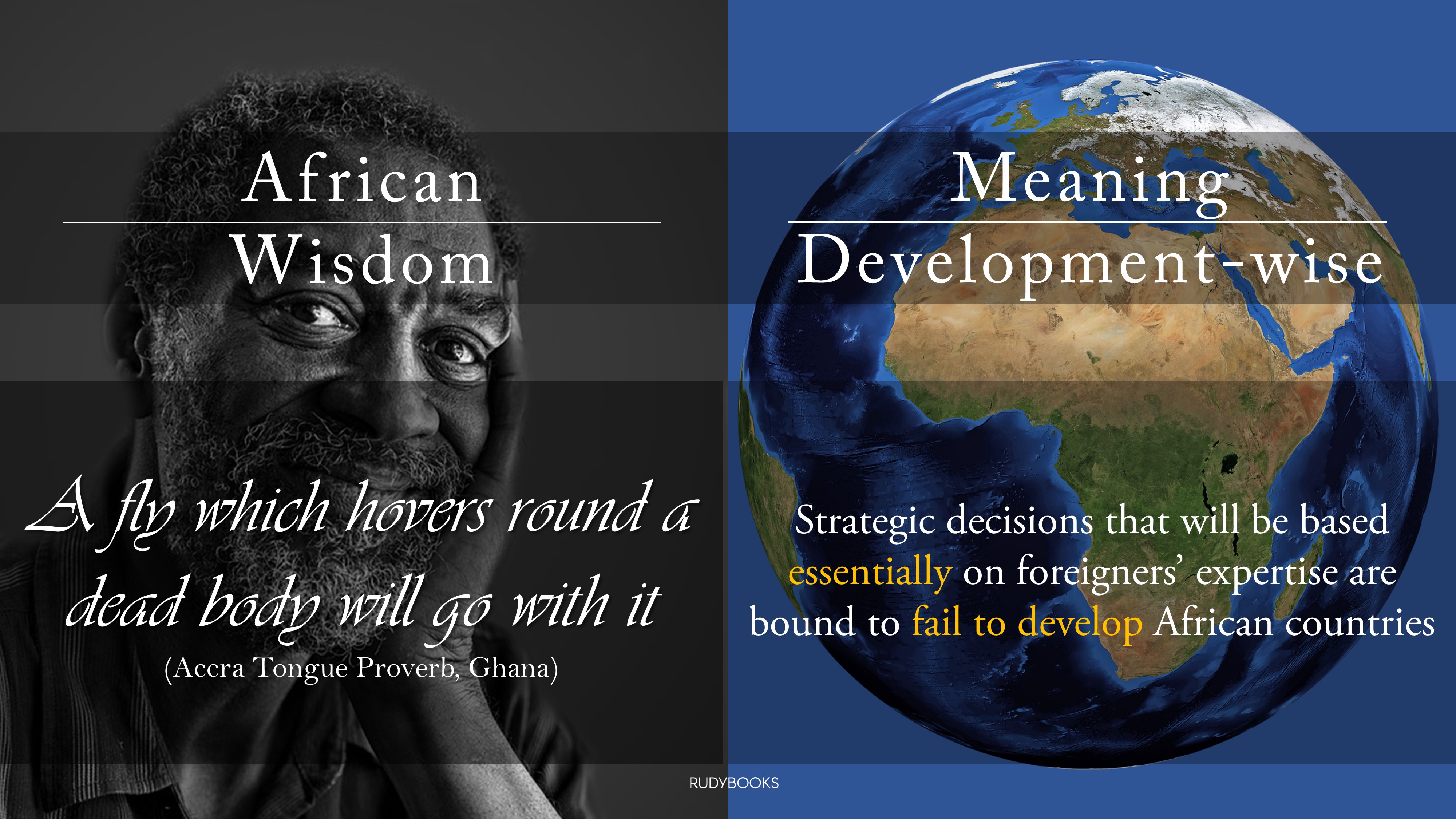